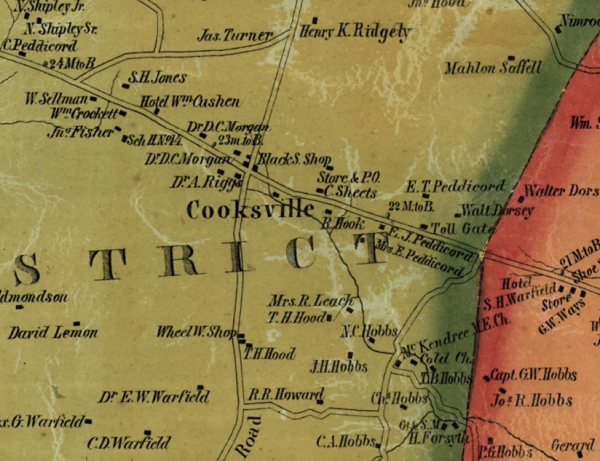 “Captain Duvall's Company remained upon the Eastern Shore of Virginia until April, 1863, when they were ordered to St. Mary's and Calvert Counties, Maryland; thence to the Monocacy in the same month. On the 28th of June, 1863, while en route for Baltimore accompanied by a section of the Third Pennsylvania Artillery, commanded by Captain Wm. D. Rank, and having reached near Cooksville, they threw out pickets and encamped for the night; near 11 o'clock the pickets were driven in, and from a prisoner captured by them information was obtained of the advance of Stuart's Cavalry Corps, some 15,000 strong. Duvall, being in a tight place, concluded to retire, but with the loss of his baggage, camp equipage and four horses. He, however, as his first important duty, took the precaution to send Sergeant Andrew Duncan and private Norris, two discreet and trustworthy men, to inform the Commander of the army of Stuart's flank “movement. ” - Report of the state of Maryland Gettysburg monument commission to His Excellency E.E. Jackson, governor of Maryland, June 17th, 1891 by Maryland. Gettysburg Monument Commission